A Few Facts About Hydronic Boilers

Hydronic boilers are primarily used to produce heat for residential and commercial heating systems. In Europe this is the most typical type of boilers you will see operating a central heating system.

In Europe these types of boilers are often a combination of the domestic heating supply and the domestic hot water heater. In Northern America wood burning stoves and forced air furnaces are more popular as a means of supplying heat in homes.

A Hydronic system heats water to a temperature that is selected and set. In the single pipe systems the unit will heat the water to the point of boiling so that it turns to steam. Once the water has been heated to the proper degree it will be circulated through the house with the assistance of radiators and baseboard heating appliances. It is sometimes circulated through the house by means of tubes in the floors of the structure.

Go here for a price guide 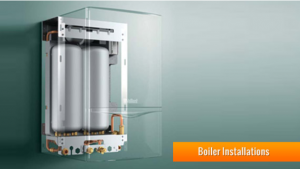 A Hydronic system can be powered by wood, and by oil, and by gas. Natural gas remains the most economical fuel to use in these devices in areas where piped gas is available to homes. People generally choose the natural gas when they have this piped fuel available because it is so cheap to use and it is very convenient.

These units do not actually boil the water in them. They heat the water to a preset temperature so the common name they have is actually misleading. Some of these units have condensers on them that make them more efficient to operate. The condensing versions extract heat from the vapor that is expelled through the flue gas water vapor.

The interior air of a structure running a forced air system will tend to become dry and irritating. The Hydronic systems do not dry the air as much as the forced air systems. This is mainly caused by a forced air unit that has leaks in the duct-work so some of the people that have this type of system do not have the dry air issue.

These systems are great for households that have people with allergies and breathing conditions that are affected by dust, pollens, and other airborne allergens.

These systems do not introduce these types of allergens into the home. See for more about boilers.